Did you know that 1 in 100 adults likely have OCD? And up to 1 in 200 children?  That’s a half a million children in the US alone.  OCD can be a debilitating disorder, but there is treatment that can help.  Unfortunately, it can take up to 14–17 years from the first onset of symptoms for people to get access to effective treatment, due to obstacles such as stigma and a lack of awareness about mental health, and OCD in particular. 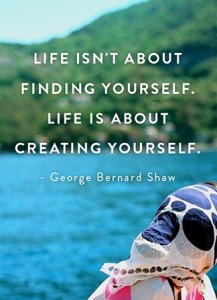 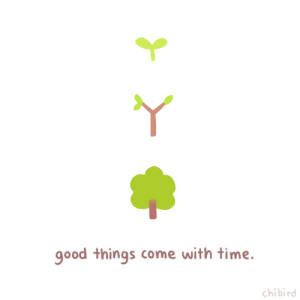 Posted in True in Nature

via American Foundation for Suicide Prevention

Happiness of your Present 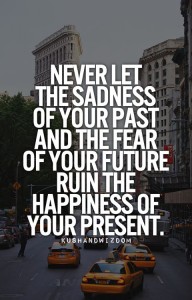 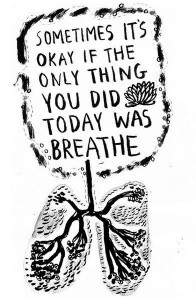 Posted in Keep Calm & Carry On

Advice from a Tree 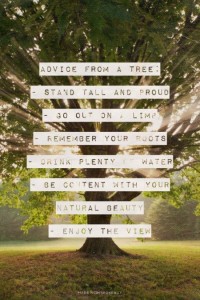 Go out on a limb

Posted in True in Nature 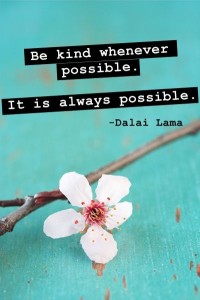 What happens when you ask a person to sit and do nothing? Researchers at the University of Virginia did just that, with surprising results. Asked to sit alone with nothing but the thoughts running through their heads, people were unable to do so, for 15 or even as few as 6 minutes. The researchers even suggested that people call to mind pleasant activities, fantasies, or daydreams, to no avail. As the lead researcher points out, “We have this big brain full of pleasant memories, and we’re able to tell ourselves stories and make up fantasies. But despite that, we kept finding that people didn’t like it much and found it hard.” If the introduction of a pleasant idea could not buffer the unpleasantness of being alone, the researchers then wondered if people might prefer a negative stimulus to their own boredom. Turns out that when given access to a shock machine, they did. While only 6 of the 24 women shocked themselves, a whopping 12 of the 18 men did so. The researchers speculated that this may be due to men being more likely to engage in “sensation seeking” behavior than women.

We can ask ourselves the common rhetorical question: what did people do before the internet? We have rapidly adjusted to a world of instant updates and constant chatter. And yet, the ability to let the mind wander has been linked to greater working memory and increased creativity. And the very definition of punishment in our society- from a toddler’s time-out to a convict’s solitary confinement- consists of confining people to the prisons of their own minds, to think about what they’ve done. Most interesting was the failure of the suggestion to think of pleasant thoughts or daydreams. Positive thinking alone isn’t enough to stave off our anxious or depressing thoughts. Becoming mindful of our thoughts and learning how to restructure them are both key components of cognitive-behavior therapy.